National Young Writers Festival–Or What I did last Weekend 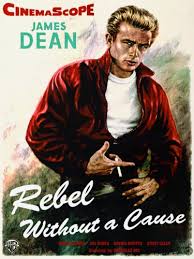 I’ve always been a bit of a rebel. Artsy, different, queer. It’s funny, but it’s taken ages for my father to accept that. For years he nagged me to either get published or go get a real career. Now that I am published, he recently said “I may not agree with you on topics, but I will support you however I can”. He was also quick to add “And I don’t need to agree with you on topics”. It’s funny, but part of me thinks that’s possibly as close as I’m ever going to get. And it might just be enough. Maybe. We’ll see.

Anyway, the point is, I’ve always walked a little on the wild side, and I’ve always been a little nonconformist. I don’t follow all the rules. I do what I feel is right and best, and forge towards my goal with the hope that no one will shift the goal posts before I get there. Typically, I’ve gone my own way and hoped the universe is kind, and so far, it seems to be working. Note I said so far.

Anyway the point is, I’ve almost never followed the rules for National Novel Writing Month either. Every year except last year, I started with a story already in progress, with no intention of finishing my novel in the bounds of November.  The first year I kick started a joint novel sequel, to see where the story wanted to go (nowhere fast as it turns out), and that taught me a very valuable lesson about finishing up something before you start a new project. The second year I rebooted an existing work, with established characters and got it published, launching me into the scary world of being a (hopefully) career author. For everyone who doesn’t know, National Novel Writing Month (NaNoWriMo, or just NaNo), although more accurately interNational Novel Writing Month is a crazy attempt by crazy writers like me to write a 50,000 word novella in a month. The most amazing thing for me, being based in Melbourne, is the strength of the writing community here, and all of the fantastic events, write ins and socialising we have. It really does motivate you to write, write much and strive to write well. I’ve always viewed NaNo as an attempt to write 50,000 words, and despite the admonition that in NaNo, it’s quantity that matters, not quality, my aim has always been to write 50,000 quality words that I’m happy to keep going forward with, and if I look at a novel being somewhere between 90,000 and 120,000 odd words, one good November should, in theory, give me half of a novel draft.

This year, I’m doing more than a reboot. I’m actually starting my NaNo novel early. I can’t afford not to. I also don’t think I’ll finish it in November, but that’s what December is for. Since 2008, I’ve used a nifty little spreadsheet to track my progress, total wordcount, average words per day. And because I haven’t seen any report cards for rebels like me who start out with a wordcount already, I’ve modified the one I’ve used for the last few years…and it’s attached here. Feel free to download and use it. I take no credit for the original design (by Erik Benson), and it was updated consistently by Caitirin, so all credit to them for their hard work.