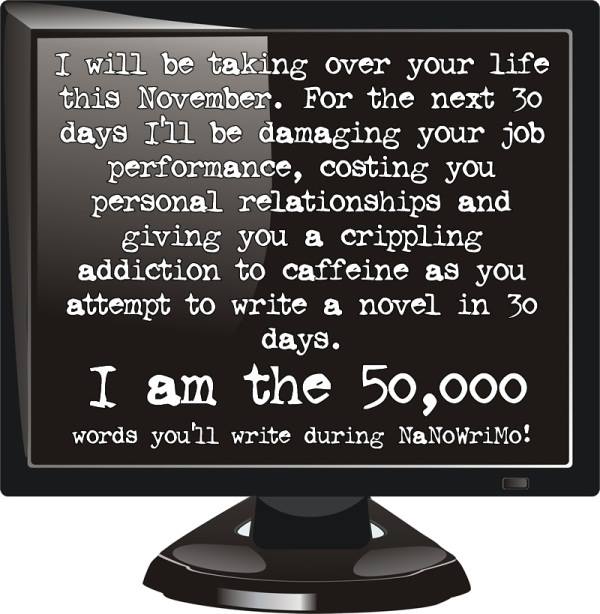 It’s just about that time of year where we lock Matthew in the basement and make him subsist on a diet of grilled cheese sandwiches and black coffee while churning out 50,000 words (it’s okay, we have paramedics on standby). Although he did announce plans to write interactive fiction, he now looks set to start work on a sequel to Dragonslayer, the book he’s currently pitching to a number of different publishing houses.

We are, of course, busy trying to get video footage from OzmmMeet 2013 up on youtube, so you can all see what happened, and we’re still a few videos away, but you can view the current uploads here, and we’ll add more throughout November as soon as our ancient machine finishes rendering the video. We’ll also embed a few here throughout the month for everyone who’s as lazy as us.

Matthew’s also updated his rebel scorecard for NaNoWriMo, although we understand the changes consisted of replacing “2012” with “2013”. We think you could have done that yourself, but it’s here for the downloading if you like. You can also use it as a normal scorecard, but it’s here for rebels like Matthew–he’s already started writing Moonchild, which is against the NaNoWriMo guidelines, but he wouldn’t listen when we said the muses wouldn’t be impressed. He muttered something about his muse being wonderful, understanding and hot, but didn’t elaborate further.

More on that as it develops, hopefully.